Shimadzu Scientific Instruments
Shimadzu provides a broad range of analytical instruments indispensable for research, development, and quality control in a variety of fields. Our high-level, sophisticated instruments include chromatographs, spectrometers, and elemental and surface analysis systems. We also provide a broad range of high-precision physical testing and measuring technology that is essential for product development and quality assurance.
Tagy
GC
GC/MS
HeadSpace

A systematic analysis of commercial e-liquids: The evolution of GRAS to Inhaled Toxins 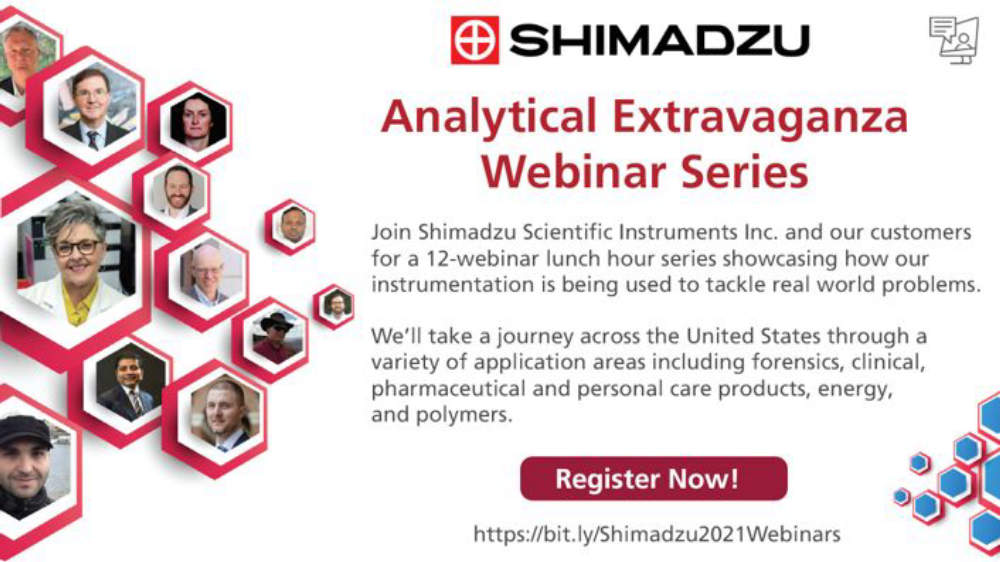 Electronic cigarettes (e-cigs) were originally developed as an alternate method for nicotine delivery, and the e-liquids consist of a range of humectant formulations, pharmacologically active ingredients, flavoring chemicals, volatiles, preservative chemicals, and other “enhancing” chemicals.

E-cigs have also been adopted for drugs  other than nicotine (DOTN), including cannabidiol (CBD) and tetrahydrocannabinol (THC). E-liquid manufacturers use chemicals that are generally regarded as safe (GRAS) for oral consumption, but formulations have not been heavily scrutinized by regulatory agencies. As such, e-liquid formulations have evolved as a result of vaping preferences, public health sentiment, and looming regulations.

The chemical composition of e-liquids has been evaluated since 2015, to include humectant formulations, pharmacologically active ingredients, flavoring chemicals, volatiles, preservative chemicals, and other “enhancements”, using TOF MS, HS-GC-FID, GC-MS, and LC-MS/MS. The e-cig industry has provided an aura of safety for consumers. However, the recent EVALI epidemic exposed the toxic nature of vaping while the e-cig industry has facilitated the public consumption of recreational drugs and the abuse of these substances by providing efficient drug delivery devices.

Dr. Peace received her B.A. in Chemistry from Wittenberg University, a Master of Forensic Science from George Washington University, and her Ph.D. from the Medical College of Virginia at Virginia Commonwealth University (VCU). Dr. Peace is an Associate Professorfor the FEPAC-accredited Department of Forensic Science at VCU and is one of the founding faculty for the Department. Sheserved as Associate Chairandas the Chair for nearly a decade.Dr. Peace hasalsoserved as a manager in a private forensic drug testing laboratory and has worked as a scientist for Procter & Gamble, where she holds 3 patents.Dr. Peacehas been funded by the National Institute of Justice since 2014 to study the efficacy of electronic cigarettes, particularly as they pertainto substance use and abuse. Her total award for 5 years has been $2.3M. Her research has highlighted emerging issues of electronic cigarettes as a tool for vaping drugs other than nicotine and has characterized the merging of the cannabis and e-cigarette industries. Her current project isaclinical study to assessthe impact of vaping on roadside impairment evaluations for suspected DUI. Dr. Peace is aPast President of the Society of Forensic Toxicologistsand is a member of The International Association of Forensic Toxicologists and theToxicology Section of the American Academy of Forensic Sciences. She is a member of the National Safety Council’s Alcohol, Drugs, and Impaired Driving Division. She has also served on the Scientific Working Group for Forensic Toxicology (SWGTOX) to help develop standards inthe practice of forensic toxicology.

Rachel Lieberman is the Marketing Manager for Forensic Science at Shimadzu Scientific Instruments based in Columbia, MD. Rachel received her B.S. degree in Chemistry with minor in Math in 2004 from the University of Cincinnati and her Ph.D. in Analytical Chemistry from University of North Carolina – Chapel Hill under the supervision of Prof. James Jorgenson. Upon completing her studies in 2009, Rachel took a post-doc at National Institute of Standards and Technology (NIST) from 2009-2011 working on standard reference materials. In May of 2011, Rachel joined Shimadzu as an Application Scientist in LC and LC-MS/MS at corporate headquarters in Columbia, MD. In 2013, Rachel became a Sr. LCMS Product Specialist and was promoted to LCMS Product coordinator in April of 2017. In October of 2017, Rachel became the first Marketing Manager for Forensic Science at Shimadzu Scientific Instruments.

With Shimadzu, Rachel expanded her knowledge in technical support, training and customer support in LCMS while a product specialist and product coordinator. She is currently responsible for developing marketing materials for our sales force in the ever changing Forensic market. Rachel’s role includes developing relationships with thought leaders in the market, working with product groups to develop application notes, white papers, webinars, news articles, and being involved with the Forensic community through regional and national meetings such as ASTM, SOFT, AAFS and ASCLD.

Headspace Gas Chromatography (HS-GC) - How Safe is Your Mask?